The market for electric folding bikes has been growing steadily in tandem with the electric vehicle industry as a whole.

These bikes are appearing all over the place, and provide a truly awesome way to get around comfortably and efficiently, while minimizing the burden of transporting a normal bike or other bulky vehicle.

Companies are scrambling to develop and produce the best folding electric bike as the market continues to grow and consumer demand continues to increase. With the variety of electric folding bikes available on the market, consumers are finding it hard to determine which manufacturer and model is best for their needs.

Let’s dive into a bit of a deeper product review for each of our five folding electric bike candidates.

This stylish folding e-Bike is the perfect present for an outdoor sport that will give you hours of great riding in the fresh air.

The seat is big and the seat post and handle bar stems can adjust to fit riders of just about any size.

Enjoy your journey with this folding E-bike even during a traffic jam.

Easy to fold, carry & store, and you can also use it as an exercise bike when you turn off the motor-assisted mode.

This Electric bicycle is stylish and colorful, suitable for young people, and looks more dynamic.

Railway trails, gravel, city streets, trails. You are looking to expand your horizons with an electric bike so that you can ride further, faster, and explore more of the world around you. Using the latest generation speed sensor, you get instant power assistance from the twist throttle on the handle bars and a comfortable trip in any environment.

This e-bike only takes 2-3 hours for a 100% full charge which offers an incredible range of up to 35km! The electric bike industry provides a market for a variety of different categories or niches, different models, different sizes and different capabilities. The folding electric bike sector is one that has not necessarily been the most popular among the industry as a whole, however interest has certainly been growing over recent years.

One of the most important parts of an electric bike engine setup is its battery. The size of each different model’s battery will have a direct effect on the engine power and torque capabilities. The normal size range for batteries in standard non-folding electric bikes is typically anywhere from 24 to 72 Volts. 36 Volts is generally considered the baseline size for the non-folding bikes, while some high powered models boast a 72 Volt battery and other more casual e-bikes come with a modest 24 Volt battery.

With this being said, we can conclude that folding e-bike batteries are not smaller than the standard non-folding style electric bike.

How Far Can a Folding Bike Go? There are a number of factors that can potentially affect or contribute to the mileage range on a folding e-bike. Things like operating speed, rider weight, terrain conditions, drag/resistance and even tire choice can all have an effect on the range of an electric bike battery.

Another important factor is the presence or absence of a hand throttle. When an ebike has a hand throttle and the rider uses it extensively in lieu of assisted pedaling, this can drain the bike’s battery considerably fast.

So what are the approximate estimates in regards to the mileage range of the electric folding bike models? The most important thing to consider is the relative capacity and power of the battery itself. If we speak generally and assume the same conditions for each situation (rider weight, terrain etc..), the typical mileage range is anywhere from 15 to well over 40 miles on a single charge. The low end of the range is associated with operating on fully electric throttle mode, while the max range will be achieved using the assisted pedaling function.

Although there may be a few examples of folding bikes that have mileage capacities of well over fifty miles per charge, the 15 – 40 range is standard among the majority of available models.

Is It Hard to Ride a Folding Bike?

One of the main concerns for new customers looking to purchase an electric folding bike is how hard it is to ride one of these modified mountain bike looking contraptions. People want to know how relatively hard or easy it will be for the rider to adjust from a conventional style bike to a folding bike setup.

The answer may vary from rider to rider, but the consensus seems to be that the transition from conventional bike to folding bike is relatively easy. Other than the slight change in riding position and the decreased wheel size, there is not much else to adjust to.

However, there are many reports from customers highlighting the decrease in support and stability when transitioning from standard bike to a folding bike. This is something for potential buyers to keep in mind.

The question as to whether or not folding bikes are good for traveling uphill raises another important point of concern for people in the market for one of these. There are a few important aspects to look at in order to address this properly.

The most accurate answer is that it depends heavily on the gear set that your folding bike was built with, in particular the lower gears. One of the most important things to have when climbing hills on any bike is the availability of low gears on your bike. These lower gears are what allow for riders not to exert, strain and potentially injure themselves when taking on uphill climbs.

This means that folding bikes who’s transmission features low gears will prove to be much better at going uphill than other models without a low gear range. If you are looking to be able to breeze through uphill adventures on your folding bike, definitely find one that provides the lower gear options required to do so.

In conclusion, we have reviewed a number of the top rated models and have determined a candidate for the best folding electric bike.

Of the five models reviewed, there were three that come equipped with 20 inch wheels, which seems to be the gold standard for wheel size on folding bikes. The Vacoomcom folding bike was the only option with 12 inch wheels, which posed a number of potential issues including reduced comfortability and poor traction on uneven terrain.

The last of the 5 models we reviewed was the “Generic” electric folding bike that comes with a set of 26 inch wheels. These are significantly larger than the average folding bike and although they do come with some advantages, the sheer size of these wheels creates some issues. The increased weight as well as an increase in folded size as a result of the large tires makes this model more cumbersome and sacrifices some of the desirable ease of transport qualities that customers look for in a folding bike.

Finally, we take a look at the engine capacities and overall power of the five models in our review. Out of the group there are three folding bike models that come equipped with a 350 Watt engine which appears to be the typical standard power for folding bike engines. There is however the Ecotric 20 inch electric folding bike, that comes outfitted with a 500 Watt motor and produces a solid top speed of 20 miles per hour, and is definitely one of the more powerful models of the five we have reviewed.

Taking all of our analysis and specification breakdowns into account, we are able to come to the conclusion that the Ecotric 20 inch model is arguably the best folding electric bike available for customers. This ebike comes with some of the best features including the high traction 20 inch “fat” tires, the high power 500 Watt engine we mentioned previously, and a number of other awesome bells and whistles.

Of the five options we have studied and reviewed, the Ecotric e-bike model provides the most effective and well rounded set of features that will offer the highest possible quality experience for customers looking to purchase an electric folding bike. 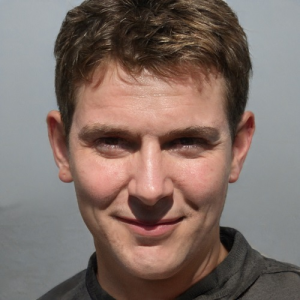 Noel Joseph
Noel Joseph has been in the world of motor vehicles for a long period. Currently, he is enthusiastic about Electric & Hybrid Motors and is an independent researcher. He advocates for a clean and sustainable future and envisions utilizing his years of experience in mechanical engineering. His new venture here at CompactPower.com is to organize and simplify knowledge on Electric vehicles. He wants to build a space where people can talk about EVs and associated technologies with freedom.